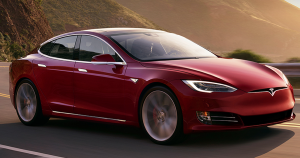 Tesla has surpassed Ford in market value after the share price of the electric car maker hit an all-time high. This now makes Tesla the second-biggest automaker in the United States after General Motors. The surge has been attributed to the potential for huge growth that the company has.

“Investors want something that is going to go up in orders of magnitude in six months to six years,” said Kelley Blue Book’s senior editor, Karl Brauer.

The rise in the price of Tesla’s shares came after the company reported that it had delivered a record number of cars in the first quarter of this year. Investors translated that to mean that Tesla was on the way to delivering 50,000 cars in the first half of 2017. At the same time, Ford registered a decline in auto sales having record a 7.2% decline.

One parallel that has been drawn is the fact that while Ford Motors is synonymous with the auto revolution, Tesla has also become synonymous with electric cars. In report by the Wall Street Journal, another parallel that was drawn between the two car companies had was with regards to their founders. Henry Ford, who founded the car company named after him, was aged 45 years when he launched the Model T, the car that is credited with introducing the masses to motor vehicles. Elon Musk, the chief executive officer and founder of Tesla, will be 45 in the year he is set to unveil the Model 3 which will be the first mass market electric car from Tesla.

However, the market capitalization of the two companies does not tell the whole story but only serves to mask it. In 2016 Ford recorded $10.4 billion in profits. The carmaker also had $6.4 billion in positive cash flow. This was in contrast to Tesla which reported $773 million in losses and a negative cash flow. While the number of vehicles delivered by Ford was 6.6 million units, Tesla only delivered 76,000 units.

The market’s enthusiasm for Tesla’s stock is thus based on the future prospects of the electric car maker. A growing awareness of the environmental threat posed by carbon emissions and hydrocarbons and the volatility that the global oil prices are usually associated with can only be a positive thing for products utilizing renewable energy.

Additionally, countries and cities are passing legislation that encourages the use of electric cars as they have zero emissions. In some cases even economic subsidies are offered. This is a market that Tesla is well positioned to corner.