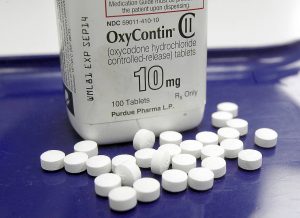 Walgreens and CVS Health are among the drug firms that have been sued by Cherokee Nation over allegations that the drug companies failed to take adequate action that would have prevented the opioid prescription painkillers from becoming prevalent in the community and consequently leading to addiction. The lawsuit was filed in a tribal court.

In the lawsuit, the drug firms are accused of not properly monitoring opioid orders and prescriptions. According to the tribal government, if they had done so, they would have observed the red flags that were being raised.

“These drug wholesalers and retailers have profited greatly by allowing the Cherokee Nation to become flooded with prescription opioids. They have habitually turned a blind eye to known or knowable problems in their own supply chains,” reads the lawsuit.

As per the Indian Health Service, the rates of deaths from drug-related causes among the Alaska Native people and American Indians has increased by up to four times since 1999 and is now double what the average rate in the United States is. Oklahoma which has the majority of the 120,000 members of the Cherokee Nation has the highest rate of prescription painkiller abuse in the U.S.

Cherokee Nation is not the first to file a lawsuit against drug firms over a similar complaint as counties and cities across the United States have done so. West Virginia, for instance, filed a lawsuit against a couple of pharmacy chains and opioid distributors. This is, however, the first lawsuit to be filed by a tribal nation which wants dispensers of prescriptions held responsible for the opioid addiction epidemic.

In a statement, CVS Health defended itself saying that the company had put in place tools, procedures and policies meant to ensure that pharmacists did not fill controlled substance prescriptions before determining whether the medical purpose for which it was issued was legitimate. The Controlled Substances Act requires that drug distributors and pharmacies take the responsibility of flagging federal officials whenever they detect prescriptions or orders that are suspicious. This is with regards to controlled substances of which opioids are in this category.

An order can be considered suspicious, for instance, when patients fill several opioid prescriptions from more than one physician, a practice referred to as ‘doctor shopping. Alternatively, a suspicious order can be one in which the amount of drugs required is disproportionately huge to the number of the people in a given locality.

Adshares Price Down 0.8% Over Last 7 Days