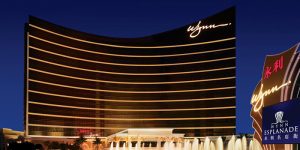 This is a departure from the beginning when the Wynn Resorts’ new casino in Macau that is worth around $4.2 billion had a slow start. Part of the reason was the fact that there was construction going on around the resort and this hampered access.

The impressive results from the new Wynn Resorts casino in Macau come at a time when business is improving in the region following a slump that had been witnessed for three years. The slump had been triggered by a crackdown on corruption that had been launched by the Chinese government. This made high spenders avoid casinos.

As a testament to the overall improvement in business, revenues from gambling increased by 13% to reach a level of $7.92 billion in quarter one. The recovery started last year in August and this has been the strongest level of growth recorded since.

“You can see the numbers, business is good for us,” Steve Wynn, the founder of Wynn Resorts, said in an earnings call.

Since the year began, shares of Wynn Resorts have appreciated by 37% based on recovery that is expected in the high-roller play. The VIP players or the big spenders have proved more lucrative for Wynn Resorts than the mass-market players.

Wynn Resorts is also putting up a new casino in Boston, Massachusetts whose cost will be approximately $2.4 billion. Projections that had been done in 2014 had initially put the cost at $1.6 billion. The increased cost was attributed to bids that turned out to be higher than expected as well as some redesigning in order to create extra meeting space.

According to Wynn, other projects the casino company has in the pipeline include construction of a meeting center and a lake near the casino company’s Las Vegas businesses. Construction of these facilities is expected to cost between $400 million and $500 million and will start in December. A hotel that will have 2,000 rooms is also being considered in Las Vegas. This is because business prospects in the gambling city have been further buoyed by the fact that Oakland Raiders, a football team, is planning to relocate there further adding to the appeal of Las Vegas as a tourist haven.

The Glimpse Group vs. NTT DATA Head to Head Contrast