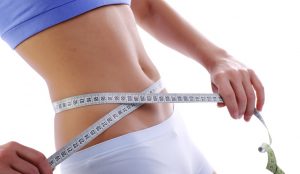 Beddit, a Finnish firm that makes software and hardware for tracking sleep, has announced that it has been acquired by Apple. Terms of the deal including whether Apple intended to incorporate Beddit’s technology into its products or allow it to continue running independently like in the case of Beats Electronics were, however, not disclosed. News of the acquisition were announced in a privacy policy update that Beddit made.

“Beddit has been acquired by Apple. Your personal data will be collected, used and disclosed in accordance with the Apple Privacy Policy,” stated the update.

One of Beddit’s products is a sleep monitor which is placed under the bed sheets of a user to track such biometric data as heart rate and movement during sleep. Sensors for temperature and humidity and capacitive touch enable the thin pad to measure environmental variables, breathing rates and heart rates in order to get an overview of the sleeping patterns of a user. Additionally, by granting the Beddit app on iOS access to the microphone of an iPhone, snoring detection is made possible.

Once data is collected by the device, it is then transferred to an iPhone. The iPhone then stores and charts or graphs the information in a way thatis easily digestible by the user.

With the app and the device, Beddit’s goal is the improvement of sleep quality which is achieved by monitoring measurable metrics while sleeping with a view to arming the user with information that can empower them to change environmental conditions or change sleep habits.

Beddit’s products are also easily integrated with Apple’s HealthKit. This can allow for health tracking that is more comprehensive as well as data viewing through the Apple Watch and Apple’s Health app. The Beddit 3, Beddit’s newest offering which costs $150, is also stocked by Apple on its online store as well as in its physical stores.

Apple’s acquisition of Beddit could assist the Cupertino, California-based tech giant to better compete with Fitbit, a pioneer in the health-tracking segment. From results released in the most recent quarter, analysts are of the view that the number of Apple Watch units for the very first time eclipsed sales of Fitbit devices.

One drawback for the Apple Watch compared to Fitbit devices is that the former has a battery life that doesn’t last for more than a day while devices from Fitbit generally enjoy a battery life that lasts for days making them better suited to tracking sleep.