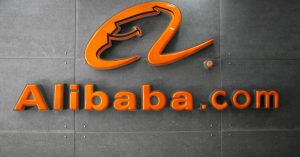 Even though Alibaba is the largest online retail operator in China it has been acquiring physical stores as it seeks to take over the entire retail landscape in the world’s second biggest economy. In the last two years the e-commerce giant has put in investments worth approximately $8 billion in physical stores after purchasing shareholding in various local retail chains. Alibaba has also privatized Intime, a Chinese luxury mall, for $2.6 billion earlier in the year.

The online retailer worth about $392 billion and which focuses on being an online marketplace where it connects sellers with buyers instead of holding its own inventory, is overturning its asset-light model on its head by launching retail stores in some of the biggest cities in China. This is under a brand known as Hema Xiansheng. In these stores shoppers are able to browse the aisles for both local and imported foods. They can also order fresh seafood and it will be prepared on the spot.

Just like was the case with the Amazon’s purchase of Whole Foods for $13.7 billion, Alibaba is of the view that it needs a traditional retail foothold in order to ensure future growth. In 2016 China overtook the United States as the largest retail market in the world when total sales reached $4.9 trillion. According to research firm eMarketer, over 80% of these amount was spent at physical stores.

The growth rate of China’s e-commerce market is now averaging 20% per year compared to 40% a few years ago. In order for Alibaba’s revenues to keep growing at a rate of 40%, the online retailer is converging online with offline. In what has been dubbed as ‘new retail’ China intends to use technology in upgrading the entire retail sector in China.

“Our new retail strategy is an invention that anticipates and catalyzes changes in consumer behavior where time, place and method of purchase and consumption will be different from what we were used to before,” Daniel Zhang, the chief executive officer of Alibaba said in a conference call with analysts after the release of quarterly results earlier in the month.

To achieve its vision Alibaba is developing algorithms which analyze such customer data as purchasing history, brand membership information as well as store visit time in order to understand the tastes and preferences of shoppers and consequently predict any changes in consumption patterns and habits. This will assist in adjusting product offerings, designing fresh marketing campaigns and building faster supply chains which are not clogged with layers of distributors.