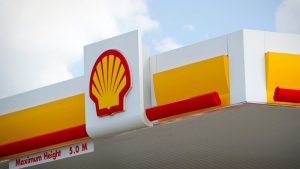 Royal Dutch Shell has announced that it has inked a partnership with Petrobras where the two firms will partner in the development of pre-salt fields located in Brazil. The MoU signed between the two oil companies will see them share experience and expertise in cost efficiency initiatives, contract management, operational solutions as well as technical solutions. Initially the cooperation agreement will run for five years with a possibility of an extension.

In Santos basin Royal Dutch Shell holds minority interests in Lula and Libra fields. The European oil giant also has interests in other areas that include Lara, Lapa and Sapinhoa. Earlier this year Shell began deep-water production at Lula South where the Anglo-Dutch oil firm has a 25% stake. In the Lula field the operator is Petrobras which also holds a 65% stake while the remaining 10% interest is held by Petrogal Brasil, a subsidiary of Galp. On a daily basis 150,000 oil barrels can be processed as well as natural gas amounting to six million cubic meters.

The pre-salt layer in Brazil, which is considered a highly promising offshore energy asset has attracted interest from ten oil firms. All of these firms have registered with a view to bidding on eight blocks located in the Campos and Santos basins. Set for October 27, this will be the second and auction of oil exploration rights in Brazil.

The developments are coming less than a year since the oil sector laws were amended in Brazil paving the way for viable investments in the South American country. Among the reforms that were carried out under President Michael Temer included the revamping of the pre-salt law which opened blocks operatorship to all foreign firms after scrapping the obligation of Petrobras to serve as the sole operator.

With the changes in law and the generous acreage offered, foreign investments in Brazil are growing. Late last year French oil giant Total bought stakes in various oil fields in South America’s biggest economy. There has also been interest from other oil producers based in Europe and this is partly because the fields offer low-risk opportunities in a weak crude environment.

OceanaGold Raised to Outperform at CIBC