Oracle Enterprise Software To Be Integrated With Slack Messaging App 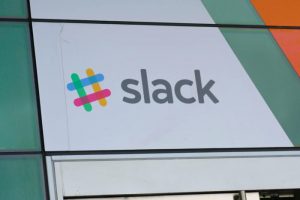 Slack Technologies and Oracle have inked a partnership which will see the software products of the latter integrated into the workplace messaging app. The partnership will count as a win for Slack as the startup continues to seek for business from big corporations in a marketplace that has become increasingly competitive. Besides numerous startups getting into the space, tech giants such as a Facebook and Microsoft have also entered the fray.

“As you see all these large enterprise software companies looking at messaging as a major platform, they’re looking to partner with us first and foremost,” the head of corporate development and global business at Slack, Brad Armstrong, said.

As a result of the partnership workers will be able to use Oracle’s business, human resources and sale software via the Slack interface. According to Oracle’s mobile, artificial intelligence and bots vice president, Suhas Uliyar, workers will be in a position to for instance enquire on how many vacation days they have left for the rest of the year and an Oracle chatbot will provide an instant response.

According to Uliyar the rolling out of the chatbots will begin in the course of the coming two quarters. Oracle has also announced that the chatbots would also be made available to other messaging clients such as Skype, Kik and Facebook Messenger besides voice assistants such as Alexa and Google Assistant.

For Oracle, on the other hand, it will be key to providing its services to a younger demographic who are mostly accustomed to messaging interfaces such as Facebook Messenger, Snapchat and Slack. The partnership between Oracle and Slack started after the former became a customer of the latter. Currently there are about 30,000 workers at Oracle who use the messaging app for work purposes.

Slack was initially an internal tool that an online games firm was using. It became publicly available outside the firm four years ago and by 2014 the messaging app had a valuation exceeding $1 billion.