iPhone X Expected To Be In Limited Supply Over Production Constraints 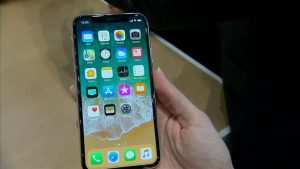 Reports indicate that the production goals of the iPhone X will be missed by close to 50% this year. According to Nikkei, a news agency based in Japan, shipments of the iPhone X are initially expected to be 20 million units. That is about half of what Apple had earlier projected.

The missed production goals are being attributed to technical problems being encountered with some of the components that are necessary for the device’s facial recognition feature to work. Known as Face ID the feature replaces fingerprint recognition technology in light of the fact that the iPhone X comes with an OLED screen that runs from edge to edge.

Per Nikkei there were OLED panel defects which were observed during the bonding process once mass production of the device started. The problem was however resolved three months ago but other issues revolving around the assembly of the facial recognition feature cropped up. It wasn’t until late last month that manufacturers were able to turn things around.

At the moment there are ten million units of the iPhone X that are being produced every month and the device will hit the stores next month with pre-order sales expected to begin on October 27. The base price of the entry-version model will be $999 and will from the word go be available in countries and territories numbering 57.

Earlier KGI Securities analyst Ming-Chi Kuo had put out a report which indicated that he projected that between two and three million units of the iPhone X will have been shipped before the device hits stores next week.

When asked on the reported production issues, the chief executive officer of Apple, Tim Cook, said in an interview that the Cupertino, California-based tech giant will make every effort to ensure it churns out as many units of the iPhone X as possible. Other reports also indicate that the demand for iPhone X may be weaker than previous iPhone models.

“The excitement surrounding the iPhone X appears to be magnitudes higher than actual purchase intent… 48 percent of [1,112] respondents agreed/strongly agreed that they were ‘excited for the iPhone X’,” says a report prepared by research firm Bernstein.

The reports of the production issues facing the iPhone X have coincided with the launch of a new Apple store in Chicago, Illinois. Cook, who was present during the launch, said the company would adopt a wait-and-see attitude regarding the iPhone X supply constraints.