Portugal Setting Up Special Zones For Testing Of New Technologies 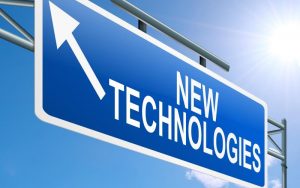 Portugal is considering a plan of setting up ‘free zones’ which will be governed by special regulations for the testing of emerging technologies such autonomous cars and drones. This is with the aim of spurring the development of such technologies in the country and also attracting investment.

“One of the areas we are working on has to do with technological free zones and drones is one of the areas we want to promote…another is autonomous vehicles,” Ana Lehmann, the Industry Secretary, said in an interview with Reuters.

In the last few years, there has been a sharp increase in the number of technology startups and this has been attributed to low wages, highly educated engineers and cheap property following the debt crisis that occurred between 2011 and 2014.

The flow of investment into the technology sector has led to the highest level of economic growth this year in over ten years and the government is hopeful that new regulations will attract more investments. Various countries across the globe are experimenting with how they can permit the testing of new technologies within their jurisdiction.

In the United Kingdom for instance, online retail giant Amazon is testing a special parcel delivery system. Alphabet is also conducting trials of making deliveries using drones in Australia. The government of the United States also granted approval for the expansion of drone testing on its soil last week.

According to Lehman the government of Portugal was being careful with regards to the laws that would be enacted for the ‘free zones’. Earlier in the year the Portuguese government restricted drone use owing to public security concerns. The law in Portugal also currently doesn’t allow autonomous cars to be tested on public roads.

Some of the companies that are likely to benefit from the ‘free zones’ includes Veniam, one of the leading tech firms in Portugal. Veniam has created a wireless network for use in public transport and this know-how is expected to be used with regards to driverless cars. The wireless network system was initially developed for Porto, a city in Portugal.

German luxury car firm Mercedes-Benz also recently unveiled a digital center which is located in Portugal’s capital, Lisbon. The center is involved in the development of self-driving car technology. Another German car firm, Volkswagen, also operates a huge motor vehicle assembly plant in the country. And with Portugal boasting some of the largest reserves of lithium in Europe it is also pitching to have Tesla locate a factory there.