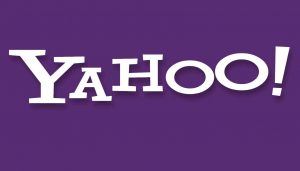 A vote was taken this week by 118 cafeteria workers stationed at Verizon-owned Yahoo allowing them to unionize. According to the union that will be representing the cafeteria workers, the move will place the workers in a better position to negotiate higher wages and better health benefits as housing costs in and around Silicon Valley rise.

Unite Here Local 19, the union that will be representing the cafeteria workers, estimates that there are approximately 5,000 workers in the food service sector in Silicon Valley. The union has been able to successfully unionize local cafeteria employees working at various tech firms in the area including Nvidia Corp, Agilent, Cisco Systems, Intel Corp and Facebook.

Yahoo’s Sunnyvale campus cafeteria workers are contracted by Bon Appetit Management Co, a Palo Alto, California-based firm which has over 18,000 people in over 1,000 cafeterias across the United States in its employ. Other firms which it supplies cafeteria workers to include AT&T, Brocade Communications, Oracle Corporation, LinkedIn, Electronic Arts, Adobe Systems and Google.

The move by Yahoo’s cafeteria workers at the Sunnyvale campus to unionize comes in the wake of Yahoo’s parent company, Verizon Communications, inking a 5-year deal worth $2.5 billion with the National Football League. Though this is not the first time that Verizon is sponsoring the NFL, the deal is different this time round since it will include rights to stream video content on Yahoo and other internet properties.

Under the new deal games will be streamed on all mobile devices and not just those subscribed to Verizon. Initially anyone with a smartphone will be able access live in-market games via Verizon’s platforms beginning this postseason. Come next year, the service will be extended to tablets.

According to NFL’s chief operating officer, Hans Schroeder, the deal will allow the league to enjoy greater distribution in the wake of changes in viewing habits.

“People are still going to gravitate towards watching games on the best screen possible, which is television, but for people who are on-the-go and younger fans, this deal makes sense,” said Schroeder.

Though television ratings for the National Football League have been on a downward trend for the second consecutive season, the global chief media officer of Verizon, Brian Angiolet, said the company had no qualms inking the deal since mobile viewership was growing.