Complete the form below to receive the latest headlines and analysts' recommendations for Boston Beer with our free daily email newsletter:

Boston Beer Company Inc (NYSE:SAM) Director Cynthia A. Fisher sold 681 shares of the company’s stock in a transaction dated Friday, June 26th. The shares were sold at an average price of $565.00, for a total transaction of $384,765.00. Following the transaction, the director now owns 400 shares in the company, valued at $226,000. The sale was disclosed in a filing with the SEC, which is available at this hyperlink.

Featured Article: What is the 52-week high/low? 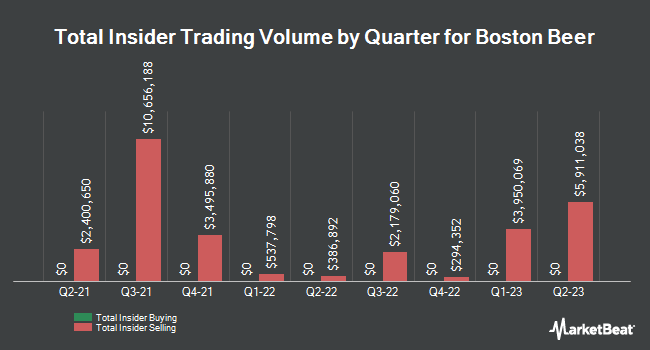