Complete the form below to receive the latest headlines and analysts' recommendations for Constellation Pharmaceuticals with our free daily email newsletter:

Constellation Pharmaceuticals (NASDAQ:CNST) was downgraded by equities research analysts at BidaskClub from a “sell” rating to a “strong sell” rating in a research report issued on Wednesday, BidAskClub reports.

Constellation Pharmaceuticals (NASDAQ:CNST) last released its quarterly earnings data on Wednesday, May 6th. The company reported ($0.61) earnings per share (EPS) for the quarter, beating the Zacks’ consensus estimate of ($0.62) by $0.01. Equities analysts expect that Constellation Pharmaceuticals will post -2.73 earnings per share for the current fiscal year.

Constellation Pharmaceuticals, Inc, a clinical-stage biopharmaceutical company, focuses on discovering and developing therapeutics that address serious unmet medical needs in patients with cancers associated with abnormal gene expression or drug resistance. The company's lead product candidates include CPI-0610 that is in Phase II clinical trials for the treatment of patients with myelofibrosis in combination with ruxolitinib; and CPI-1205 that is in Phase Ib/II clinical trials for the treatment of metastatic castration-resistant prostate cancer in combination with androgen receptor signaling inhibitors. 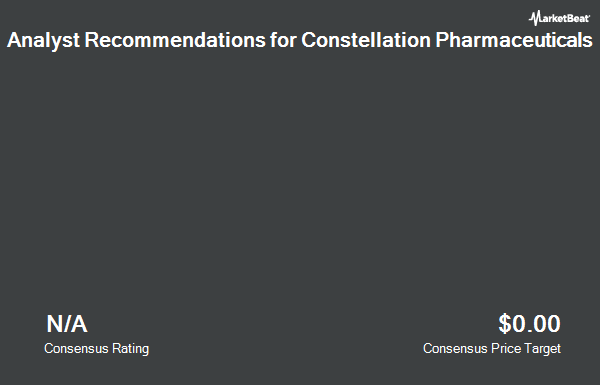