Complete the form below to receive the latest headlines and analysts' recommendations for Grupo Televisa SAB with our free daily email newsletter:

Wellington Management Group LLP decreased its position in Grupo Televisa SAB (NYSE:TV) by 68.0% during the 1st quarter, according to its most recent Form 13F filing with the Securities and Exchange Commission. The fund owned 53,905 shares of the company’s stock after selling 114,693 shares during the quarter. Wellington Management Group LLP’s holdings in Grupo Televisa SAB were worth $313,000 as of its most recent SEC filing.

Grupo Televisa, SAB. operates as a media company in the Spanish-speaking world. The company operates through four segments: Content, Sky, Cable, and Other Businesses. The Content segment produces television programming and broadcasts Channels 2, 4, 5, and 9; sells advertising time on programs; provides Internet services; and produces television programming and broadcasting for local television stations in Mexico and the United States.

Want to see what other hedge funds are holding TV? Visit HoldingsChannel.com to get the latest 13F filings and insider trades for Grupo Televisa SAB (NYSE:TV). 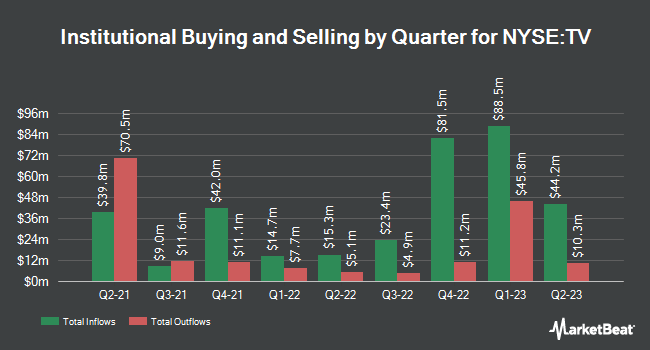