Virgin Galactic (NYSE:SPCE) had its price target lowered by Canaccord Genuity Group from $44.00 to $36.00 in a report issued on Friday, The Fly reports.

Virgin Galactic (NYSE:SPCE) last issued its quarterly earnings results on Monday, November 8th. The company reported ($0.32) EPS for the quarter, missing the Zacks’ consensus estimate of ($0.28) by ($0.04). The company had revenue of $2.58 million during the quarter, compared to the consensus estimate of $1.69 million. During the same period last year, the firm earned ($0.34) earnings per share. On average, equities research analysts predict that Virgin Galactic will post -1.54 EPS for the current year.

In other news, major shareholder Virgin Investments Ltd sold 15,600,000 shares of the firm’s stock in a transaction on Wednesday, November 10th. The stock was sold at an average price of $19.25, for a total value of $300,300,000.00. The transaction was disclosed in a document filed with the Securities & Exchange Commission, which is available through this hyperlink. 7.30% of the stock is owned by company insiders.

Read More: What is an Initial Coin Offering (ICO)? 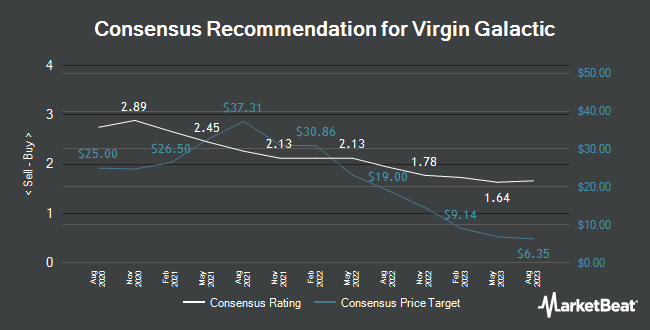 Allianz SE Given Average Rating of “Buy” by Analysts

PlotX Price Down 14% This Week

Complete the form below to receive the latest headlines and analysts' recommendations for Virgin Galactic with our free daily email newsletter: