Del Taco Restaurants (NASDAQ:TACO) last announced its quarterly earnings results on Thursday, October 14th. The restaurant operator reported $0.11 earnings per share (EPS) for the quarter, topping the consensus estimate of $0.10 by $0.01. The business had revenue of $124.27 million for the quarter, compared to the consensus estimate of $124.86 million. Del Taco Restaurants had a return on equity of 9.43% and a net margin of 3.83%. During the same quarter last year, the business posted $0.16 EPS. As a group, equities analysts forecast that Del Taco Restaurants will post 0.47 earnings per share for the current fiscal year.

Further Reading: Why do company’s buyback their stock? 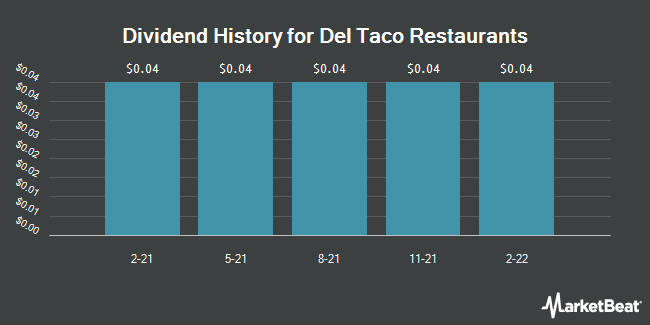 Complete the form below to receive the latest headlines and analysts' recommendations for Del Taco Restaurants with our free daily email newsletter: