OMV Aktiengesellschaft (OTCMKTS:OMVKY – Get Rating) has been assigned a consensus rating of “Hold” from the seven ratings firms that are currently covering the firm, Marketbeat Ratings reports. Three analysts have rated the stock with a hold rating and two have given a buy rating to the company. The average twelve-month target price among brokerages that have issued a report on the stock in the last year is $51.50.

About OMV Aktiengesellschaft (Get Rating)

OMV Aktiengesellschaft operates as an energy and chemicals company in Austria, Germany, Romania, Russia, New Zealand, the United Arab Emirates, Malaysia, the rest of Central and Eastern Europe, the rest of Europe, and internationally. The company operates through Exploration & Production, Refining & Marketing, and Chemicals & Materials segments. 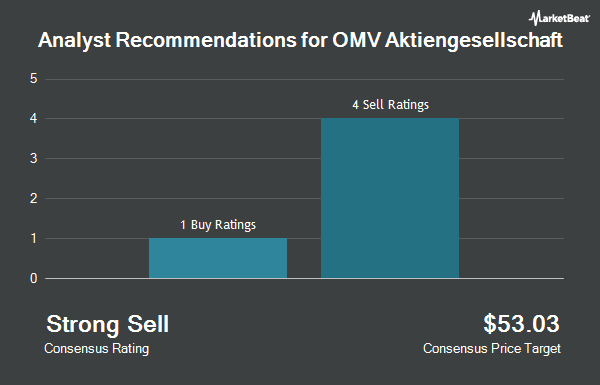 Complete the form below to receive the latest headlines and analysts' recommendations for OMV Aktiengesellschaft with our free daily email newsletter: