Cutera (NASDAQ:CUTR – Get Rating) posted its quarterly earnings data on Thursday. The medical device company reported ($0.24) earnings per share for the quarter, missing analysts’ consensus estimates of ($0.23) by ($0.01), Briefing.com reports. The company had revenue of $64.22 million for the quarter, compared to analysts’ expectations of $63.42 million. Cutera had a negative return on equity of 24.42% and a negative net margin of 5.31%. The business’s revenue for the quarter was up 9.6% on a year-over-year basis. During the same period in the previous year, the business posted $0.39 EPS. Cutera updated its FY 2022 guidance to EPS.

In other news, CEO David H. Mowry bought 996 shares of the stock in a transaction dated Friday, May 13th. The shares were acquired at an average price of $50.12 per share, with a total value of $49,919.52. Following the completion of the acquisition, the chief executive officer now directly owns 131,779 shares in the company, valued at $6,604,763.48. The acquisition was disclosed in a filing with the SEC, which can be accessed through the SEC website. Insiders own 2.10% of the company’s stock.

Hedge Funds Weigh In On Cutera 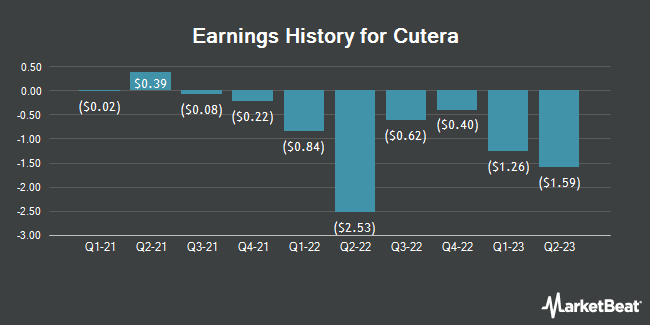 Receive News & Ratings for Cutera Daily - Enter your email address below to receive a concise daily summary of the latest news and analysts' ratings for Cutera and related companies with MarketBeat.com's FREE daily email newsletter.

Penumbra, Inc. Given Average Rating of “Moderate Buy” by Brokerages

Complete the form below to receive the latest headlines and analysts' recommendations for Cutera with our free daily email newsletter: