Shares of Wizz Air Holdings Plc (LON:WIZZ – Get Rating) have received an average rating of “Hold” from the twelve research firms that are currently covering the firm, MarketBeat.com reports. One analyst has rated the stock with a sell recommendation, six have given a hold recommendation and three have given a buy recommendation to the company. The average 12-month price objective among analysts that have issued a report on the stock in the last year is GBX 3,686.82 ($45.18).

Wizz Air Holdings Plc, together with its subsidiaries, provides passenger air transportation services on scheduled short-haul and medium-haul point-to-point routes in Europe and the Middle East. As of June 08, 2022, it operated a fleet of 154 aircraft that offered services for approximately 1000 routes from 194 airports in 51 countries. 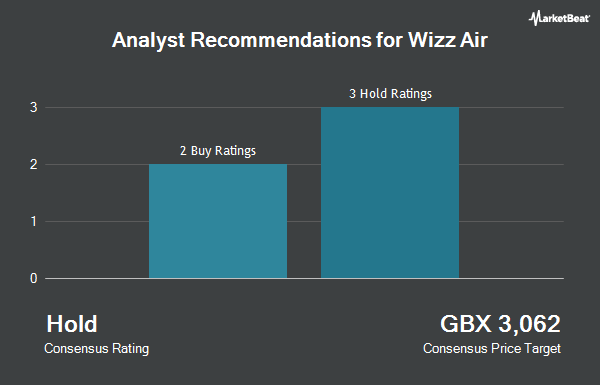 Complete the form below to receive the latest headlines and analysts' recommendations for Wizz Air with our free daily email newsletter: