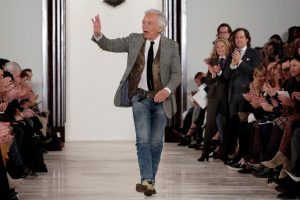 Shares of the Ralph Lauren clothing brand declined 3.92 percent to $78.11 in morning trading, on Tuesday. This is just the latest tumble for the struggling retailer who is now facing more job cuts at its headquarters in order to make a shift towards e-commerce operations with Salesforce’s Commerce Cloud as a means to save some liquidity.

The new comes only two months after Ralph Lauren chief executive Stefan Larsson announced his plans to resign, citing differences between him and the brand’s namesake. He had only been on the job for two years.

When they finish the move, experts expect the company should be able to save roughly $140 million. And that is in addition to the $180 to $220 million they expect to save from the cuts they made last year.  The current plan, then, is close at least 50 stores and eliminate 1,000 jobs.

Ralph Lauren has found that, much like other fashion chains, relying on extreme discounting is just not enough of a strategy to stay in business. In fact, customers are catching on to the plan and now wait until the items they want are discounted before heading out to make a buy.

“These are important actions we are taking to continue our evolution and deliver on the ‘Way Forward’ commitments we made in June,” explains Ralph Lauren chief financial officer, Jane Nielsen. “The decision will optimize our store portfolio in the New York area and allow us to focus on opportunities to pilot new and innovative customer experiences.”

Among the stores to be closed, the iconic one on Fifth Avenue is one of them.  The goods from this store, though, will live on as they are all being distributed to the company’s surviving Manhattan stores on Madison Avenue as well as the Prince St location, downtown.

Apparently, the company has plans, also, to branch out into new retail markets.  For one, they plan to launch more Ralph’s Coffee and Bar operation (the first one opened in London, last year).

Ralph Lauren chief financial officer, Jane Nielsen comments that the closing is, in fact, aimed at freeing up the company to explore other ventures, hinting at the expansion of Ralph Coffee cafe. She comments, “The decision will optimize our store portfolio in the New York area and allow us to focus on opportunities to pilot new and innovative customer experiences.”