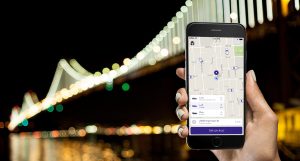 Lyft is spending money it raised in a funding round in opening service centers aimed at assisting new drivers and helping them start working within hours of getting approved. The driver service centers known as ‘hubs’ have already been opened in U.S. cities such as Seattle, Atlanta, Phoenix, Boston, Chicago and Los Angeles. So far nine of these hubs have been opened and there are plans to launch a tenth one at an undisclosed location.

The hubs are part of a bigger effort by the ride-hailing firm to grab a larger share of the market from its rivals who includes market leader Uber. Earlier in the month TXN Solutions said in a research report that Lyft’s market share now stood at close to 25% having increased from 9% in 2015. Then Uber had close to 90% of the market. The research findings were released prior to the resignation of Travis Kalanick as the chief executive officer of Uber following a reports that the workplace at the ride-hailing firm was riddled with bullying, sexual discrimination and management malpractises.

Lyft’s driver hubs which will service as vehicle-inspection stations and orientation centers are designed to assist new drivers of the ride-hailing service to start working faster. According to Lyft’s general manager of Northern California operations, Mihir Gandhi, prospective drivers who have already undergone a successful background check will be in a position to start in about one hour or two.

Safety checks conducted on the car of a prospective driver are dependent on the state. Normally due to the time-consuming background checks, prospective drivers can take between days and a fortnight to start working after signing up.

As Lyft moves to make it easy for its new drivers, Uber is also not resting on its laurels. Reports indicate that Uber has held meetings with the U.S. Securities and Exchange Commission to discussing giving its drivers equity in the company. Since Uber’s drivers are independent contractors rather than employees, giving them equity is a difficult and complicated affair.

Uber is not the first ride-hailing firm to have tried the strategy though. A rival of Uber based in New York, Juno, tried the same strategy of giving its drivers some restricted stock units only for the U.S. Securities and Exchange Commission to reject the move because of the structure. Juno was purchased earlier in the year and its drivers received $0.03 for every unit of restricted stock that they held.