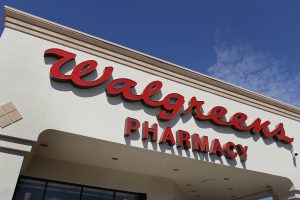 “Our results this quarter continued to meet our expectations as strategic partnerships brought more patients to our U.S. pharmacies. This led to our highest reported quarterly retail prescription market share in the U.S.,” said the chief executive officer and executive vice chairman of Walgreens Boots Alliance, Stefano Pessina, as he added that the cost transformation program that the drug store was undertaking was continuing to show positive results.

In a survey of nine analysts that had been conducted by Zacks, earnings had been estimated to come in at $1.31 a share. Revenue estimates were also exceeded as the analysts had also been expecting revenues to come in at $29.68 billion. For the full-year earnings Walgreens Boots Alliance is estimating that the figure will range between $4.98 and $5.08 a share.

Normally results from Walgreens Boots Alliance are reported under three segments namely Pharmaceutical Wholesale, Retail Pharmacy International and Retail Pharmacy USA. With regards to Retail Pharmacy USA, a figure of $22.5 billion in sales was recorded in the quarter. This was a rise of 6.3% from a similar period a year ago. At comparable drugstores, sales increased by 3.7%.

Due to fluctuations in the currency, Retail Pharmacy International registered a decline of 10.3% in sales compared to a similar period a year ago. Sales for this division came in at $2.8 billion. At comparable stores store sales rose by 0.2%. Walgreens Boots Alliance’s Pharmaceutical Wholesale division saw sales fall by 7.9% to reach a figure of $5.3 billion.

In the same quarter gross profit fell by 3.9% from a similar period a year ago to reach a figure of $7.14 billion.