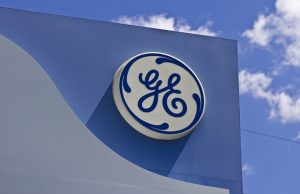 Less than 12 months since a digital solution was launched to ensure the efficient flow of cargo at the biggest container port in the United States, General Electric Transportation and Los Angeles port have agreed to expand the program so that it includes all shipping lines and container terminals at the port. The relationship between GE Transportation and Los Angeles port will thus be extended with the new commercial agreements estimated to be worth approximately $12 million.

The city council of Los Angeles will review the agreements which are expected to be far-reaching since they will offer support to cargo importers in the thousands, over 15,000 truck providers and about nine million shipping containers.

“The GE portal is an investment in the long-term growth of the Port of Los Angeles and tells our stakeholders and customers that we take seriously our responsibility to find new ways to drive efficiencies and optimization,” said LA port’s executive director, Gene Seroka.

Based on results from the pilot, the efficiency gains that are expected are in the range of between 8% and 12%. In order to guide the new phase, both GE Transportation and LA port conducted a survey of users who had some involvement in the pilot. The results revealed that the users supported the project with most respondents saying that the portal is user-friendly and data obtained from it is easily accessible as well as easily understood.

According to Harbor Trucking Association’s executive director, Weston LaBar, General Electric Transportation and LA Port have become global leaders with regards to the digitization of the supply chain as well as with their efforts to make the maritime sector more efficient. LaBar noted that it was common for trucking dispatchers to visit close to 40 websites in a day with a view to coordinating cargo movement. The idea of a single portal had thus improved efficiency since the sector had been asking for a single point of reference for a long time.

In the survey areas that require improvement were covered and among the suggestions from the users was that more terminals needed to be added. The users also proposed the integration of shipping lines into the solution. In the latest commercial agreement these suggestions are reflected. Other areas where there is need for improvement include increasing detail levels that users are able to access concerning each shipment.