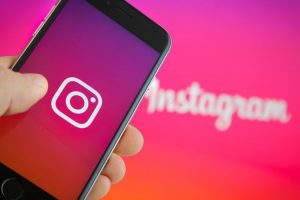 Its not really too big a surprise but the younger web/mobile users are not as into Facebook as previous generations. Indeed, the now-aged social network has lost appeal among the emerging generation, who are all moving towards platforms that they feel are more engaging.

Snapchat, of course, is one such platform, but Instagram is also seeing double-digit growth among the younger demographic. Its a good thing Facebook was smart enough to purchase the photo-sharing app several years ago.

Indeed, eMarketer forecasting analyst Oscar Orozco comments, “We see teens and tweens migrating to Snapchat and Instagram. Both platforms have found success with this demographic since they are more aligned with how they communicate — using visual content.”

More importantly, though, this marks the second straight year of expected usage decline for Facebook; at least among the most advertiser-coveted demographic. Teens are logging in less often and spending less time on Facebook. However, eMarketer even warns that some tweens are starting to bypass Facebook entirely (calling them the “Facebook nevers”) directly moving into the smaller rival platforms that have come around lately.

Outside the United States, of course, Facebook continues to grow, in parallel to other social networks. More than 2 billion new users registered with Facebook this year, but the numbers also show that fewer of these people are of the younger user generation.

According to Oscar Orozco, a forecasting analyst at Emarketer, Facebook really needs to focus on attracting younger users who will bring this habit with them as they age; you know, when they become prime advertising customers.

Indeed, Orozco states: “Teens and tweens remaining on Facebook seem to be less engaged—logging in less frequently and spending less time on the platform. At the same time, we now have Facebook-nevers, many children aging into the tween demographic that appear to be overlooking Facebook altogether, yet still engaging with Facebook-owned Instagram.”