Citigroup To Hire Bankers As It Returns To Saudi Arabia 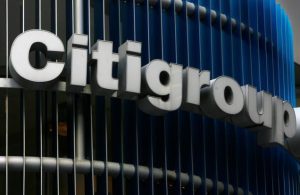 In 2004 Citigroup lost its license following the sale of a stake in held in a Saudi financial institution known as Samba Financial Group. Citigroup has previously made two unsuccessful efforts to return to Saudi Arabia – in 2006 as well as in 2010.

The Middle Eastern country is emerging as an attractive destination for foreign lenders in the wake of efforts by the kingdom to overhaul its economy. A public listing of Aramco, the state-owned oil giant is in the works for instance.

Citigroup intends to ensure that 50% of the investment banking team has been put in place before the year ends. And in next year’s Q1, the lender intends to have filled all the positions according to Carmen Haddad, Citi’s country officer for Saudi Arabia.

Once it begins operations in the kingdom, Citigroup intends to engage in local advisory work such as takeovers in cases where the target company is Saudi Arabian. Citigroup will also pitch for advisory work involving initial public offers. According to the president of Citigroup, James Forese, numerous opportunities exist in Saudi Arabia and this includes privatizations. There are also preparations by foreign investors to put their money in Saudi Arabia’s stock market.

“The equity market now is on the global map and is going to have more companies listed. The market capitalization will be larger and a lot of investors are starting to look at individual companies,” said Forese.

Last year Citigroup played a lead role last year in the kingdom’s bond sale worth $17.5 billion that was a record for the Middle Eastern country. Citigroup also participated in an Islamic bond offering worth $9 billion. But without a license from the CMA, banks encounter restrictions with regards to working on deals which are inked in the kingdom or with takeovers where the target firm is based there.

Other financial institutions which already have investment banking licenses and operations in Saudi Arabia include HSBC Holdings, Deutsche Bank, Morgan Stanley and JPMorgan Chase. Standard Chartered is currently in talks with regulators with a view to understanding the requirements necessary for obtaining a banking license.