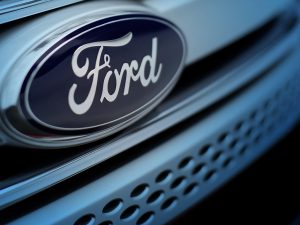 Ford has carried out an executive shakeup which has seen the exit of some senior executives as the new chief executive officer of the carmaker, Jim Hackett, puts together his leadership team. Among those who have left the company includes Stephen Odell who was the global marketing vice president and who had served the company for over three decades. The global strategy vice president, John Casesa, is also leaving. Casesa had been hired by the former chief executive officer of Ford, Mark Fields.

Among the executives who have been promoted include Kumar Galhotra who has been leading the Lincoln luxury brand since September 2014 and will now have additional global marketing responsibilities. Galhotra has worked at Ford for close to three decades.

“Kumar is up and coming. He has been leading Lincoln, which is an emerging company. He really has just gotten started on its reinvention. Kumar is a steady hand. It’s a global brand and he has global experience,” said Autotrader’s executive analyst Michelle Krebs.

There have also been changes in the team of Joe Hinrichs, Ford’s global operations president and executive vice president, with Linda being named the new model launch and quality vice president following the retirement of Bennie Fowler who had worked at the company for 27 years. Previously, Cash, who joined the car maker in 1984, was Ford’s manufacturing vice president in Europe.

In her new role Cash will be responsible for ensuring driving quality processes in the production and design of vehicles. She will also be responsible for the global launch of new models. Replacing Cash as the manufacturing vice president in Europe will be Dale Wishnousky.

A new position of commercial affairs, alliances and joint ventures vice president has been created at Ford and Birgit Behrendt appointed. Her responsibilities will include developing new arrangements with the aim of supporting Ford’s business growth.

As part of the shakeup Ford Credit’s chairman and chief executive officer, Joy Falotico, will now be reporting directly to the CEO of Ford. Previously Falotico was reporting to the chief financial officer of Ford, Bob Shanks. Ford’s CFO has also been assigned new responsibilities and this includes overseeing the business development and global strategy team.

While Galhotra will take up his new position starting November 1, all the other changes will become effective January 1, 2018. The announcement of the executive changes come less than two days before Ford’s third quarter results are released.