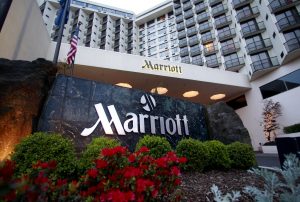 Marriott International, the largest hotel chain in the world, has disclosed that it will be partnering with Alibaba, the Chinese online retail giant, with a view to selling loyalty program deals and online travel bookings in China. The hotel chain is hoping this will assist in drawing more customers from the Asian market which is currently booming.

The deal between the two companies will see the number of properties that Marriott owns expanded on Fliggy, the travel booking website owned by Alibaba. Some of the Marriott properties that will now be include the flagship brands such as W Hotels and Ritz-Carlton.

The joint venture between Alibaba and Marriott will also enable Chinese customers to join the loyalty program of the hotel chain. Additionally, the website which has been newly revamped will also show and pitch the various promotions and services that are running including group tours and breakfasts which are customized according to the tastes and preferences of Chinese travelers.

It will also be possible for the travelers to make payments through Alipay, Alibaba’s online payments platform. In the joint venture between the two firms, the focus of Marriott will mostly be on outbound Chinese tourists.

In the recent past international travel firms have been expanding their investments in the world’s most populous country as the wages of the Chinese middle class rise and they begin to emerge as an attractive market. According to Evercore ISI, an equity research firm, huge opportunities exist in the long term in the world’s second-largest economy for firms targeting outbound as well as domestic Chinese tourists. It is estimated that in the next half a decade the number of trips that Chinese travelers will take will number 700 million.

Besides W Hotels and Ritz-Carlton, Marriott also owns other hotel brands such as Autograph Collection, Renaissance and JW Marriott. In China Marriott has close to 300 hotels and it is planning on putting up 300 more. With 30 hotel brands in total, the number of Marriott brands that are present in China are 30. The world’s second-largest economy gained in importance for Marriott after the hotel chain acquired Starwood Hotels, which had a bigger presence.