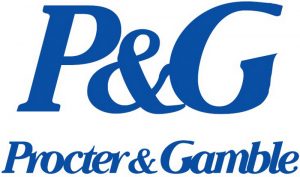 According to a managing director of proxy-solicitation company Morrow Sodali, Tom Ball, most of that money will be spent on trying to reach millions of Procter & Gamble shareholders.

“We have a very large and a very broad shareholder base. We will spend what we need to spend to ensure that our shareholders are well informed,” a spokesperson for Procter & Gamble, Damon Jones, said.

Last year the median cost for a proxy fight as per research done by FactSet Research Systems was $1 million for the target firm. Fas Inc, an apparel retailer, spent about $5.9 million in 2016 in order to prevent Barington Companies Investors from getting a seat on its board.

The expenses incurring in a proxy battle include the printing and mailing of materials to shareholders. It also includes reimbursements to brokers and banks who forward printed materials to their clients. Target firms and dissidents also incur other expenses as proxy-solicitation firms, financial advisers, lawyers and consultants will also charge fees. There may also be advertising expenses incurred when trying to garner support for a candidate.

According to Securities and Exchange Commission filings, Peltz had in a phone conversation with the chief executive officer of Procter & Gamble last month, David Taylor, urged the consumer products giant to give him a seat on the board voluntarily and save money and time that would be wasted in a proxy battle. Taylor however declined saying a seat for Peltz’s fund management firm was unnecessary.