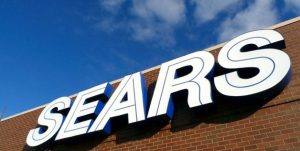 Sears has announced that it will be shuttering its department store located at Southridge Mall. This will make Sears the second anchor tenant to quit the Greendale shopping center this year. According to Howard Riefs, the spokesperson for Sears, the store is expected to close later in the year in September. A Sears Auto Center which is located nearby will, however, close down at the end of July.

Prior to the decision by Sears to leave Southridge Mall, Kohl’s Corp had three months ago revealed that it would also be leaving late next year and shift to Greenfield in a smaller location. The remaining anchors at Southridge Mall – Boston Store, Macy’s and J.C. Penney are all facing the same problems that have beset brick and mortar retailers as consumers reduce spending on apparel and increasingly do their shopping online.

The problems besetting Sears, which hasn’t had a profitable year for seven years now, are not limited to the United States as Sears Canada Inc disclosed on Thursday that it was planning layoffs as well as store closures in a restructuring bid following a period of declining sales. Sears Canada which was hived off from Sears Holdings Corp in 2012 plans to lay off 2,900 employees and shutter 59 stores. Currently, Sears Canada has 225 stores and a workforce of 17,000 employees. A bankruptcy court in Ontario has already approved the restructuring plan.

According to documents seen in court, Sears Canada is also in plans of filing a motion seeking permission for the suspension of particular monthly pension payments since it is suffering from cashflow problems. Additionally, Sears Canada also plans to quit payments for a benefit plan aimed at retirees and which provides them dental and medical benefits as well as life insurance.

Experts in the retail sector were pessimistic about the company’s chances of staying in business and noted that Sears Canada would be better place to go for a phased winding down of operations instead of liquidating.

“One way or another, it’s not going to be an easy road for them. As is the case with all department stores,” Maureen Atkinson, a senior partner J.C. Williams Group, a retail consulting firm, said.