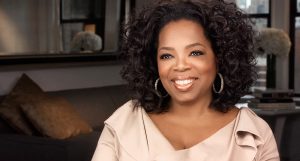 When Weight Watchers brought on Oprah Winfrey as a spokesperson (and executive, of course), it helped to not only boost sales for the diet/nutrition company, but also helped to improve the public mentality about weight and nutrition as a whole. This, f course, raised the public regard of companies like Weight Watchers and the nutrition industry has reigned in the benefits.

Well, it looks like another food company is partnering with the Queen of Daytime Talk. Kraft Heinz has teamed up with the media mogul to develop a new line to offer healthier versions of traditional comfort foods, but with added vegetables. For exampl, instead of mashed potatoes, the new line will combine mashed potatoes with cauliflower to improve the nutrition content.

The new brand will be called “O, That’s Good!” and to ensure that it parallels her role with Weight Watchers, Oprah was involved with developing recipes. She even visited the Kraft Heinz test kitchen, in Chicago, to make sure everything was just right.

Weight Watchers, of course, offers one type of “healthy eating” but the new brand will expand this into refrigerated foods, adding another dimension to her empire. While this will certainly expand her portfolio, the addition of Winfrey’s name to the Kraft Heinz line should help to bolster sales for the company at a time when, as supermarketguru.com analyst Phil Lempert contends, supermarkets “are decreasing for the space for center store and increasing space for refrigerated. That’s where the growth is.”

At the end of the day, Kraft Heinz senior vice president of US marketing, innovation, and research and development, Nina Barton, summarizes, “O, That’s Good brings together the three things the consumer really wants – great tasting food, convenience and nutrition they can feel good about.”