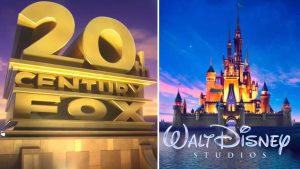 The deal by Walt Disney to acquire the entertainment assets of 21st Century Fox values the Rupert Murdoch media empire at approximately $75 billion or more than $40 a share. Among the entertainment assets that Disney will acquire from Fox include television and film studios besides a 39% interest in European satellite broadcaster Sky. Both firms say the deal will allow them to better compete in a media industry that is rapidly changing.

With Disney having announced that it will launch two online streaming services in the next two years, the new television shows, films and sports programming that it is set to acquire will place it in a better position to challenge the likes of Amazon, Netflix, Facebook, Apple and Google in video streaming.

“The pace of disruption has only hastened. This will allow us to greatly accelerate our direct-to-consumer strategy, which is our highest priority,” said Bob Iger, the chief executive officer and chairman of Walt Disney, in an interview.

For instance the television studio of Fox that Disney is acquiring has 36 shows in production. This includes such hits as ‘Modern Family’, ‘This is Us’, ‘Homeland’ and ‘The Simpsons’. The first major streaming service by Disney, ESPN Plus, is expected to be unveiled in spring next year. There is also another streaming effort which will carry products from the company’s brands such as Pixar, Lucasfilm, Marvel and Disney and this is expected to be launched late next year.

Some of the properties that Disney will not be buying from 21st Century Fox include FS1, a sports cable channel; Fox Broadcast network and Fox News. Additionally Disney will not be acquiring the lot of 20th Century Fox located in Century City. According to Rupert Murdoch these remaining assets will would put together under a new company.

The deal has fueled speculation that James Murdoch, one of Rupert Murdoch’s sons who is currently 21st Century Fox’s chief executive officer, will take up a senior role at Walt Disney. During a conference call with investors Iger told investors that a decision was yet to be reached on the matter but it was an issue that would be discussed in the near future.

The Disney-Fox deal coincides with plans by the U.S. Department of Justice to block the acquisition of Time Warner by AT&T. Iger expressed confidence that the deal would be approved. There was also indication from the White House that the deal had the blessings of the administration with the press secretary, Sarah Huckabee Sanders, revealing that President Donald Trump had offered his congratulations to Rupert Murdoch following the deal.