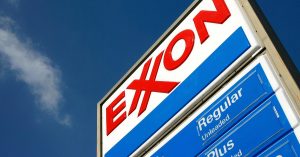 In a report released on Wednesday, the Chemical Safety Board of the United States has come to the conclusion that the 2015 explosion at a Torrance, California refinery that was owned by Exxon Mobil was preventable. According to the CSB, the blast happened because the giant oil company was dependant on outdated safety procedures and used equipment which had exceeded the safe operating life.

“This explosion and near miss should not have happened. The CSB’s report concludes the unit was operating without proper procedures,” Chemical Safety Board’s chairperson, Vanessa Allen Sutherland, said in a statement.

The blast at the refinery led to its shutdown for over 12 months and at the time endangered the lives of residents who numbered 150,000 since there was presence of hydrofluoric acid which is highly toxic at the site. This is because the acid is capable of penetrating the skin and destroying tissue. Besides the nearby residents whose lives were put at risk, four workers at the refinery ended up with minor injuries.

Other consequences of the explosion included causing a spike in the gasoline prices in the state of California. Approximately 20% of the gasoline consumed in Southern California is supplied by the Torrance refinery and about 10% of the entire state’s gasoline supplies are from the same refinery.

According to the Chemical Safety Board, the explosion happened as a result of a backward flow of volatile hydrocarbons and as a result of sparks generated by an electrostatic precipitator, an explosion resulted. The CSB also found that the refinery was operating in the absence of pre-established limits of a shutdown. Exxon Mobil was also accused of relying on safeguards whose effectiveness could not be determined. As part of the recommendations, the CSB urged Exxon Mobil in particular and the refining sector in general to review and update their safety procedures and systems.

After the release of the report, Exxon Mobil disclosed that it had taken measures to ensure that its members of staff fully understood the findings and recommendations of the CSB. The oil giant, however, denied that the hydrofluoric acid posed a threat to the neighboring community. Currently, there is a campaign by the community neighboring community to have the state and local officials ban hydrofluoric acid use in the manufacture of gasoline additives that are used to boost octane.

Since the 2015 incident, the Torrance refinery has been acquired by PBF Energy.