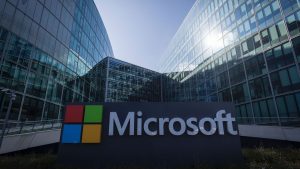 According to official documents state entities in Crimea and Russia had acquired software developed by Microsoft despite the fact that there are sanctions barring U.S. firms from conducting business with them. The revelations are proof of the limitations that companies and foreign governments face in trying to enforce the sanctions imposed by the United States on Russia following its annexation of Crimea from Ukraine three years ago.

Some of those who bought the software provided Microsoft with fictitious identification, according to sources, thereby exploiting a loophole in the software maker’s ability to enforce the U.S. sanctions. In each case the Microsoft products were sold through third parties and there has been no evidence so far to prove that the Seattle Washington-based tech giant sold the products directly to organizations on the sanctions list.

“We have robust trade compliance processes around the world to help ensure that our partners comply with all conditions including immediate halting of suspected improper sales by partners,” said a representative of Microsoft representative in response to questions posed by Reuters.

Following a review of procurement databases, Reuters found that Microsoft products numbering over 5,000 and worth around $1 million had been acquired by state entities in Crimea and Russia which were subject to the sanctions. Though the amount spent by these entities on Microsoft software is relatively small, the products are important in the daily operations of these organizations.

Some of the entities that are on the sanctions list and which have purchased Microsoft software include Almaz-Antey, a firm that manufactures a surface-to-air missile known as BUK. According to prosecutors in the Netherlands, a missile developed by Almaz-Antey was used to shoot down a Malaysian commercial airline that was flying over east Ukraine three years ago. Russia has however denied that the commercial jet was shot down by its forces.

Another Russian entity which has purchase Microsoft software is state design agency Glavgosexpertiza, which is currently involved in building a new bridge that will link Russia to Crimea. There is also a health spa located in Crimea which is owned by the defense ministry of Russia.

Besides giving a false identity one of the ways the entities are believed to have used to circumvent the sanctions was to avoid giving a Crimean address especially in the case of entities that are based there. Instead these entities used addresses associated with the Krasnodar region of Russia.