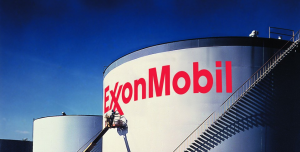 The polyethylene products coming out of the plant will possess various advantages include reduced emissions, lower energy consumption and superior performance packaging that is lighter.The source of most of the parts that will be needed at the polyethylene facility will be obtained from Houston port later this month. At its peak the number of containers that are expected to be shipped from the plant are 200.

With the expanded production capacity ExxonMobil will be in a position to exploit opportunities by a growing market abroad and domestically for plastics as the populations in emerging markets begin to consumer more consumer and food products that are packaged. Per HIS Markit, demand for the base chemical which is ethylene is expected to increase by between 5.5 million and 6 million tons per year when the gross domestic product growth figure is assumed to be above 2.5%.

The project is part of ExxonMobil’s plan to expand operations in Baytown areas as well as the Gulf. Earlier in the year ExxonMobil revealed that it would invest about $20 billion up to the year 2022 in order to expand its oil refining and chemical plants located on the Gulf Coast. About 12,000 permanent employment positions in liquefied natural gas, lubricant, refining and chemical facilities are expected to be created with this investment.

About 90% of the plastics production capacity in the United States is in the Gulf Coast. When Hurricane Harvey hit about 60% of the propylene and ethylene capacity was knocked out.