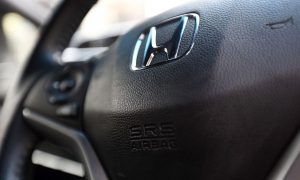 A couple of years after government officials in the United States waded into the Takata airbag recall saga where millions of vehicles were affected, there is a significant number of cars that are yet to be repaired. Japanese auto manufacturer Honda is consequently taking the extraordinary step of using Facebook to assist in tracking down affected owners. In a statement Honda said it would be making use of Facebook Custom Audiences in order to reach owners of the affected cars. So far the defective Takata inflators have led to hundreds of deaths as well as injuries.

“To reach specific owners of affected vehicles, encrypted email addresses associated with recalled VINs are matched to Facebook UserIDs. When a customer logs into Facebook, they are presented with a custom message featuring the PSA in their Facebook feed,” said Hondain a statement.

Additionally the U.S. unit of Honda released a video which is calling on owners to ensure that their cars are inspected and where necessary repairs undertaken. In the video Honda used the services of Stephanie Erdman. Three years ago Erdman appeared before the U.S. Commerce, Science and Transportation Senate Committee to testify concerning the incident in which the airbag fitted on her car, a Honda Civic manufactured in 2002, ruptured and consequently caused the flying metal shrapnels to injure her eyes. According to Honda, the video will air on television.

It is a National Highway Transportation Safety Administration requirement for motor vehicle manufacturers whose cars are being recalled to inform affected owners via mail using the information obtained from vehicle registration records. Additionally vehicle owners can verify whether their car or cars are up for a recall by visiting the National Highway Transportation Safety Administration website and keying in the VIN – Vehicle Identification Number.

In a lot of case however, the letters are never opened or they never reach the intended recipients especially when they are sent to an address that is out of date leading to the affected cars never getting repaired. And with some recalls happening more than a decade since they rolled off the assembly line, it could mean they are in the hands of a second or third owner.

According to Honda’s Christ Martin, the Japanese automaker has replaced approximately 71% of the affected airbags in the United States. However there are about 4.7 million airbags that are yet to be replaced in the world’s biggest economy.