Kimberly-Clark To Cut Jobs And Close Plants Amid Sluggish Sales 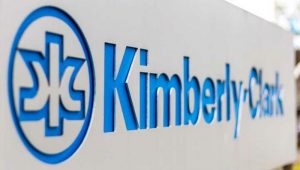 Kimberly-Clack Corporation has announced that it will be slashing around 13% of its workforce globally, or around 5000 jobs. This is due to the stagnation in the growth of sales in household staples that includes such brands as Kleenex tissues and Huggies diapers.

The sluggish growth is coming at a time when the corporate tax rate has been reduced and the U.S. economy is healthy. The challenges that Kimberly-Clark is facing are related to competition and demographic trends. Competitors are cutting prices and this is forcing prices downward across the industry. Additionally traditional retailers are demanding steeper discounts as they struggle to fight off Amazon. Meanwhile the cost of raw materials has been going up.

With regards to demographic challenges, women in the United States are having fewer babies and this is leading to lower demand for diapers as well as other products associated with babies. In 2016 the birth rate in the United States reached a record low and in last year’s first half continued to decline per Centers for Disease Control and Prevention.

The job cuts were announced by Kimberly-Clark during the release of the Q4 results. At the beginning of last year the consumer goods company had been predicting an organic sales growth rate of 2%. Instead the company recorded flat sales. This year Kimberly-Clark expects sales to grow by 1%.

According to the chief executive officer of Kimberly-Clark, Tom Falk, the restructuring efforts will place the firm in a better position to compete in the facing of shifting market dynamics. By 2021 Kimberly-Clark aims to have reduced costs by $2 billion and this will involve closing 10 of its 91 plants across the globe. Kimberly-Clark will also dispose of low-margin businesses especially those dealing in consumer tissue.

North America accounts for around 50% of the firm’s sales and about 50% of the cuts will be there as well. Restructuring charges are expected to reach $1.9 billion in next couple of years.

“You have a pool of funds you are creating. That will allow us to stay on course and not make too many trade-offs along the way. We’re already developing plans on where we’re going to invest it back,” said Falk.

Besides the closure of plants and the job cuts, Kimberly-Clark intends to raise the quarterly dividends by 3%. This will translate to about $1 per share. In the past year shares of the company have been flat even as the rest of the market surged.