Chevron To Invest $630,000 In Initiative Aimed At Closing Skills Gap 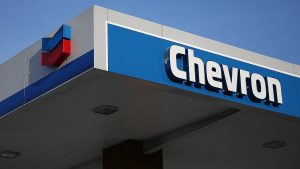 Chevron Appalachia has indicated that it is making an investment of $630,000 in programs that will benefit four technical and community colleges. The beneficiaries of the funds will be Stark State Community College, Pierpont Community & Technical College, Penn College of Technology and Westmoreland County Community College.

Under the ShaleNET program, the adaptable curriculum will focus on transferable skills which prepare learners for careers in sectors such as advanced manufacturing and energy. The program is part of Chevron’s Appalachia Partnership Initiative which aims to close the skills gap in the region by enhancing education in science, technology, engineering and maths subjects.

This comes in the wake of Chevron Corp’s natural gas project in Western Australia being subjected to tougher emissions curbs. After the repeal of Clean Energy Act, Australia’s Environmental Protection Authority has now been asked to undertake a review of Wheatstone LNG. Under the original terms of approval, the amounts of carbon dioxide emissions that Wheatstone was required to offset were approximately 2.6 million tons per year.

Commissioned last year in October, the Wheatstone project is expected to produce carbon emissions amounting to over ten million tons per year when it becomes fully operational.

Chevron, which is the operator of Wheatstone, owns 64% of the project alongside other companies such as JERA, Kyushu Electric Power Co of Japan, Woodside Petroleum and Kuwait Foreign Petroleum Exploration Co.

In a related development Chevron North Sea Limited has awarded the engineering and production services unit of Petrofac a contract to man offshore services for a period of three years. Under the deal Engineering and Production Services will provide construction, maintenance and operations personnel to five assets that Chevron owns in the North Sea.

This includes the Erskine platform, Alba Floating Storage Unit, Alba North Platform, Captain Floating Production Storage and Offloading vessel and Captain Wellhead Protector Platform. Currently there are about 85 workers who supporting Chevron’s North Sea assets and they will transfer to Engineering and Production Services once the transition period ends.

Chevron and Petrofac already have an existing relationship in the United States as the latter already provides the former with construction and engineering services.