Tesla Delays The Launching Of Some Of Its Solar Roofs 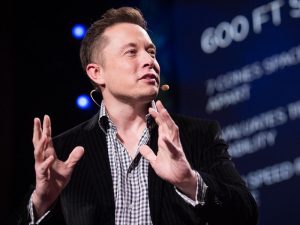 Tesla has announced that there will be a delay in the rollout of its solar roofs. This was disclosed by the chief executive officer of the electric carmaker, Elon Musk, in a TED Talk. The delay will mean that some of the solar shingle options will now not be available until early next year.

“Yeah we are starting off with two initially and then the second two will be introduced early next year,” said Musk during the TED Talk.

Earlier in March, Musk had said that Tesla would start taking orders for the solar shingles last month. Four options of the solar shingles were to be offered. Pressed to comment on why the rollout schedule had changed, a spokesperson for Tesla declined to say anything.

The four tile styles that Tesla is said to be planning to offer include Tuscan glass, French slate, smooth glass and textured glass. Manufacturing of the solar shingles will take place in Buffalo, New York at a plant Tesla owns. In previous comments, Musk is on record as saying that the solar shingles would cost less than normal roofs even without the electricity bill savings that would be generated.

Tesla’s solar roof was introduced last year in October. This was just a month prior to the electric carmaker acquiring SolarCity for approximately $2.1 billion. The announcement concerning the delay in the launch of some of the solar shingles comes amidst some restructuring efforts at SolarCity. This includes integrating SolarCity more with the rest the company as well as halting the door-to-door sales efforts of the solar firm amidst a slowdown in the market for rooftop installations in the United States. SolarCity currently has more than 1,000 people involves in sales.

Instead of the door-to-door sales strategy, SolarCity will now use sales channels preferred by its new owner including online and Tesla stores especially those that enjoy high-foot traffic.

As part of the sales-channels integration efforts for the two companies, the section dedicated to energy on Tesla’s websites now not only offers solutions for energy storage but also products related to solar power such as solar roof tiles and solar panels. It is understood that the discontinuation of door-to-door sales has come about as a result of the success of sales leads that have been generated from the website.

Tesla’s acquisition also resulted in executive changes at SolarCity where some were absorbed by the electric carmaker while others were laid off. Overall, the workforce of SolarCity was cut by approximately 20% following the acquisition.