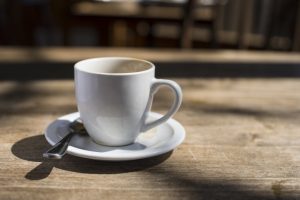 Coffee has long been celebrated from its health benefits, particularly as a stimulant. Indeed, its caffeine—and vitamin—content can actually help to energize you throughout the day.

But lately, some coffee has been recalled because its energizing properties may be a little too similar to another kind of stimulant.

Apparently, Bestherbs Coffee LLC of Grand Prairie has recalled many lots of New of Kopi Jantan Tradisional Natural Herbs Coffee, which is sold across the country, for resembling the male erectile enhancement drug: Viagra.

According to the recall notice: “These undeclared ingredient [sic] may interact with nitrates found in some prescription drugs, such as nitroglycerin, and may lower blood pressure to dangerous levels. Men with diabetes, high blood pressure, high cholesterol or heart disease often take nitrates. In addition, people who have an allergy or severe sensitivity to milk run the risk of serious or life threatening allergic reaction if they consume this product.”

The coffee—which has also been found to contain unlisted milk products—comes in 13-gram packets, in boxes of 25 packets.

Apparently, an FDA probe found desmethyl carbodenafil within the packets. This chemical, according to the recall notice, is “structurally similar” to sildenafil. Sildenafil is the active ingredient in the erectile dysfunction drug Viagra. Now, this might not necessarily seem like such a terrible pairing but there is a little more to the story than just a couple of stimulants in a simple packaging.

For men who might also be taking prescriptions drugs with nitrates—particularly drugs which treat diabetes, high blood pressure, heart disease, and high cholesterol, there is could be elevated risks if you also take drugs containing sildenafil. Or something “structurally similar,”like desmethyl carbodenafil.

The company, Bestherbs Coffee, distributed the product in question both on and offline for between July 2014 and July 2016. The affected lot should have the UPC barcode number 5520505060083. Obviously those who know they have received products with this barcode should return them to the place where they bought them or to the online outlet, especially if you are showing symptoms.

You can contact the company via email or by calling Bestherbs Natural Coffee directly at [email protected] or 817.903.2288

Dexlab Price Down 16.1% Over Last Week