Harley Davidson Reports Drop in US and Global Sales 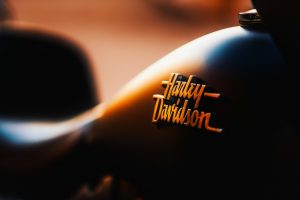 Harley-Davidson—yes, the motorcycle company—reported that motorcycle sales in the second quarter of 2017 are down significantly since the same period last year: about 6.7 percent worldwide and 9.3 percent in the United States.

Originally the company had forecast that sales would be “flat to down modestly,” so the downturn is not necessarily unexpected. After all, the company only expects full-year bike shipments, should ship between 241,000 and 246,000 units in 2017 – and that is down between 6 and 8 percent since last year.

Essentially, the new projection will now include a decline somewhere between 10 and 20 percent in third quarter production.

All that in mind, CEO Matt Levatich said, in a conference call with analysts, that the company will start announcing workforce cutbacks today. So far, that is all the details the company has divulged.

In his statement, though, Levatich said: “Lower expected shipments means we will need to reduce plant production, and this has an implication for our manufacturing facilities, our people and our financial performance. This action will require an hourly workforce reduction at some of our US manufacturing plants. We will be sharing details with employees beginning today.”

In a new’s release, on Tuesday, he also commented, “Our long-term strategy, focused on building the next generation of Harley-Davidson riders, is our true north. Our new product investment is one pillar of our long-term strategy to build riders globally and we are energized by the strength of our model year 2018 motorcycles coming later this summer.”

It is important to note, too, that Levatich remains “pleased” with the company’s ability to continue to deliver strong margins in the quarter, in spite of quite challenging market conditions, especially in the US market”