Stephen Sanger Expected To Step Down As Wells Fargo Chairman 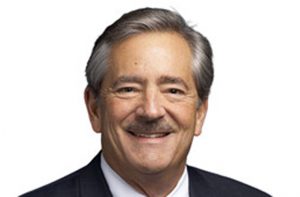 Reports indicate that the nonexecutive chairman of Wells Fargo, Stephen Sanger, is expected to resign next spring as restructuring efforts at the bank continue. Sanger has been holding the position since fall last year following the resignation of John Stumpf, who was chairman and chief executive officer of the bank.

Before taking over as chairman of Wells Fargo last year in October, Sanger had been the chief executive officer and chairman of General Mills. He retired as the CEO of General Mills in 2007 and the following year he also retired as the chairman. Sanger had also been on Wells Fargo’s board since 2003 and he is also a shareholder with a stake worth approximately $4.3 million. Currently Sanger is also a director of pharmaceutical giant Pfizer.

The replacement for Sanger is expected to be the current vice-chair Elizabeth Duke, a former chief operating officer of TowneBank, a Virginia-based medium-sized lender. Duke has also been a member of the Federal Reserve’s board of governors. The comptroller of New York City has in the recent past called for the ouster of Sanger after it emerged that Wells Fargo had sold unnecessary insurance on auto loans.

“Last week, after a new scandal emerged, we called for the chairman of Wells Fargo to step down. Today, we’re a step closer,” wrote Stringer in a tweet.

Earlier in the month Wells Fargo was forced to pay approximately $108 million as a settlement for charging U.S. military veterans hidden mortgage fees. In the most recent quarterly report the bank revealed that it was investigating whether unnecessary financial harm was brought on customers courtesy of add-on products such as identity theft protection, frozen deposit accounts and mortgage fees.

Last year in September, the lender reached a settlement with regulators after the much-publicized scandal which involved fake accounts being opened in the names of 2.1 million clients without their consent. The problems for Wells Fargo however keep on piling up and the latest include allegations that the lender overcharged small businesses with regards to credit card transactions. According to CNNMoney, a lawsuit has been filed in a federal court by some small business owners who accuse Wells Fargo of charging them high early termination fees when they attempted to leave the lender. In the lawsuit the Wells Fargo is accused of targeting less sophisticated business and using deceptive language in a contract that was 63 pages long.