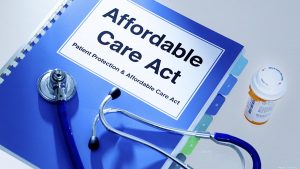 Blue KC, or Blue Cross of Kansas City, has announced that it can no longer handle losses that it has had to bear by providing individual Obamacare plans. The insurer that is based in Kansas City disclosed that in 2018 it will not renew or offer healthcare plans under the Affordable Care Act. Currently the number of counties across Missouri and Kansas that Blue KC serves are 32. Around 67,000 members will be affected by the move.

The chief executive officer of Blue KC, Danette Wilson, admitted that since 2016 over $100 million has been lost by the company in the Obamacare health plan markets.

“This is unsustainable for our company,” said Wilson in a statement. “We have a responsibility to our members and the greater community to remain stable and secure, and the uncertain direction of this market is a barrier to our continued participation.”

Blue KC is a nonprofit insurance company and has members totaling over one million. By pulling out of Kansas City, it means the area might be left with just one insurer for the individual health plans. Earlier in the year another insurer, Humana, indicated that it was withdrawing. This move left Missouri with only one payer – Cigna. In counties such as Johnson and Wyandotte, there is only one insurer on the Obamacare exchanges and this is Medica. However, Medica’s enrolment is capped at 10,000.

The problem of insurers exiting the Obamacare exchanges has been blamed partly on uncertainty in the markets. Earlier in the month, Republicans in the House of Representatives passed a bill meant to repeal Obamacare even before the nonpartisan Congressional Budget Office had scored it. The bill introduced new government assistance and coverage rules for consumers. Senators, however, revealed that they would not consider the bill and would instead draft their own bill. No time frame was given though.

After the announcement by Blue KC, lawmakers from Kansas and Missouri immediately reacted. The Democratic Senator for Missouri, Claire McCaskill, revealed that she had introduced legislation which would let consumers residing in countries that lack insurers who are participating in the Obamacare exchanges to get access to insurance plans that are similar to what the members of the U.S. Congress get.