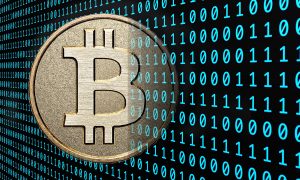 According to CoinDesk.com, bitcoin rose by over 11% to reach $2,289.21, a record high, before settling at around $2,236. This came at a time when Consensus, a digital currency conference running for two and a half days kicked off. It is the third year that the conference is being held and over 2,000 participants are expected to attend.

At the same time on Monday ethereum, a digital currency alliance announced the addition of 86 new members who included Broadridge, a financial communications company; DTCC, a clearinghouse and Deloitte, a consulting firm. Units of firms that are not players in the financial sector such as Toyota, Merck and Samsung also became members of the alliance. Some of the initial members of the Enterprise Ethereum Alliance include Microsoft, Intel and JPMorgan.

The Enterprise Ethereum Alliance is seeking to develop standards and technology for ethereum which is viewed in some quarters as offering a potential structure in the next-generation of the internet which is likely to be more decentralized.

Besides Consensus, there are two other conferences that are being held or have been held on cryptocurrencies in New York. One of them, the Ethereal Summit was held last Friday and was attended by approximately 471 participants. Another one, the Token Summit, is scheduled for Thursday this week.

A significant portion of the transactions in bitcoin were conducted in United States dollars as the greenback accounted for approximately 32% of trading in the cryptocurrency on Monday. A week earlier transactions in U.S. dollars had only comprised 26% of the combined trading volume. The typical use of bitcoin by investors is to purchase other digital currencies and when interest in such assets rises, the price of bitcoin also goes up.