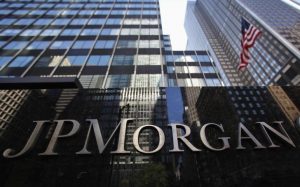 The chief operating officer of JPMorgan Chase, Matt Zames, is leaving the bank. His duties and responsibilities at the bank are currently being split up among other high-ranking executives. During his tenure at JPMorgan, Zames was credited with assisting in the cleaning up of the London Whale debacle the bank found itself in.

Zames, who was widely viewed as the successor to Jamie Dimon, JPMorgan’s chief executive officer, has indicated that his reason for leaving was to place himself in a position to run another company.

“I’ve been in this business for almost a quarter century, and I’ve spent the vast majority of my career building businesses front to back. I want to get back to that,” said Zames in an interview with Bloomberg.

Among the six most likely to succeed Dimon, Zames was the youngest at the age of 46. Another advantage he had over other contenders was a wide knowledge of all the bank’s segments since he had overseen areas such as real estate, technology and cyber security.

Zames was also instrumental in ensuring the stability of the bank in the face of financial turmoil. When JPMorgan acquired Bear Stearns in the course of the 2007-2009 financial crisis, Zames assisted in stabilizing the troubled investment bank. In the recent past, Zames’ focus was on critical cyber and technology functions.

As JPMorgan’s chief executive officer since 2005, several of Dimon’s potential successors have left the company in the recent past to take up top positions in other companies. This includes Frank Bisignano who quit as co-chief operating officer four years to ago to head First Data Corp and Mike Cavanagh who exited the bank three years ago for senior roles at another firm. There is also Jes Staley who worked at JPMorgan Chase for over three decades before rising to head its investment bank but who left four years ago and is currently the chief executive officer of Barclays Plc.

Zames’ severance package consists of $4.625 million in discretionary payments to be paid next year in February and $4.5 million to be paid in 2019.