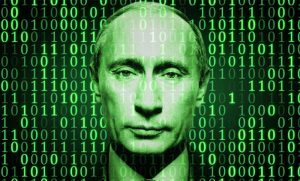 Reports indicate that intelligence officials in the United States are of the view that hackers from Russia planted a fake news story which made Saudi Arabia and other Arab nations to isolate Qatar. According to CNN, experts from the U.S. Federal Bureau of Investigations made a visit to Qatar late in May in an effort to get to the bottom of a cyber breach that led to hackers placing a false story with the state news agency of the tiny oil-rich country.

The government of Qatar said that in the report which was published on May 23, remarks which questioned whether Donald Trump’s stay as US president would last and which were friendly to Israel and Iran were falsely attributed to the country’s ruler.

The foreign minister of Qatar, Sheikh Mohammed bin Abdulrahman al-Thani, acknowledged to CNN that the U.S. Federal Bureau of Investigations had indeed confirmed the security breach as well as the planting of a false story.

Largest United States ME military base

If the allegations are proved accurate it would be prove that Russia is actively engaged in efforts to undermine the foreign policy of the United States. It would also be building on the concerns of the US Intelligence officials that Russia used hackers to attempt to influence the 2016 U.S. presidential election.

In the Middle East Qatar is the host of the largest military base but despite this U.S. President Trump waded into the debate cheering on the effort led by the Saudis to economically and diplomatically isolate the tiny resource-rich Gulf state. Just like Bahrain, Egypt, Saudi Arabia and the UAE had accused Qatar of harboring extremist and militant groups, Trump also made the suggestion that Qatar was a financier of extremism. The Arab states had also accused Qatar of being supportive of Iran’s agenda.