Job Growth Better Than Expected In US 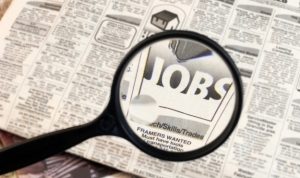 The United States Department of Labor has released its jobs report to show that the American economy added 222,000 jobs in the month of June. That is well above what many analysts had expected and is surely good news as the end of summer approaches.

While the unemployment rate did tick up 4.4 percent, the job gains in June were notably higher than the 152,000 added the month before. It also exceeded the numbers that economists had expected (between 140,000 and 200,000, revised up from an initial gain report of 138,000).

“The June report was a modest comfort,” American Action Forum President Douglas Holtz-Eakin said, noting that the news from this US Labor Department report should encourage the Fed to increase interest rates. He goes on to say, “No development was spectacular, but the combination took away fears of a stall. This will permit the Fed to raise rates and begin tapering its portfolio. But it did not diminish the need for structural reforms in tax, regulatory, and entitlement policies.”

At the same time, National Association of Federally-Insured Credit Unions Chief Economist Curt Long, comments that another interest rate hike might not happen before the end of the year because while jobs have been added, wage growth is stagnant.

He notes, “The latest release of the [Federal Open Market Committee] minutes showed divisions among Fed officials over how great a concern that is. While we may see the Fed trimming its balance sheet later this year, another rate hike is looking less likely.”

Perhaps something good will come of this discrepancy. Currently, House Democratic Caucus Chairman Joe Crowley (D-N.Y.) is calling on Republicans and Democrats to work together on developing policies aimed at boosting both jobs and the economy.

Crowley argues: “Despite promises of economic boosts and claims that creating jobs will be easy, the reality is President Trump and congressional Republicans have yet to deliver any successes for the American people over the last six months. It is time for the GOP to put aside their partisan pursuits and work with Democrats to pass legislation that will grow the economy and bring greater financial opportunities to American families.”