TransferWise Partners With Apple Pay In The United States 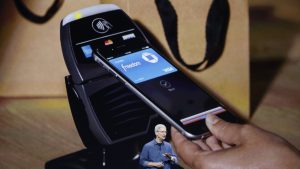 Users of TransferWise, a financial technology startup, will now be in a position to send money around the world via the service using Apple Pay. This emerged after the money transfer startup which is based in London announced that it was partnering with the payments service of Apple in the United States plus a couple of other nations including Switzerland, Spain, Italy, Ireland, France and Australia. Initially Apple Pay option on TransferWise was restricted to residents of the United Kingdom

The development means that Apple device owners will no longer be required to insert bank account or payments card details in order to send money through TransferWise. Instead they will send the money via Apple Pay and this will speed up the process significantly besides reducing risk.

“It’s much more convenient to do it this way. Because you don’t have to type any of your card details it limits the risk of having somebody watching what you are doing,” said TransferWise’s consumer product lead, Gregory Talon, in an interview with Reuters.

TransferWise is hoping that the move will assist in growing transaction volumes since it will be tapping into the user base of the iPhone maker. The startup which was formed six years ago has become one of the best-funded financial technology companies in Europe. Some of its backers include the co-founder of PayPal, Max Levchin; venture capital outfit Andreessen Horowitz and Virgin boss and founder, Sir Richard Branson.

At the moment the value of the transactions that TransferWise processes on a daily basis is $1.2 billion and this is across currency routes numbering 750. According to TransferWise, the usage of Apple Pay has been encouraging in the United Kingdom. The financial technology firm indicated that more than 10% of all the transactions carried out on TransferWise in the UK using iOS devices were funded through Apple Pay.

In the United States, the main competitor to TransferWise is Western Union. Three months ago Western Union added support for mobile Apple Pay after having supported the payments platform of the iPhone maker in physical locations more than two years ago.

TransferWise’s major selling point is its low cross-border transaction costs which it is able to offer because currency conversion rates are done as close to the market rate as possible and they are not marked up like is the case with banks. Its transfer fee of between 0.5% and 1.5% is also lower than that charged by banks.