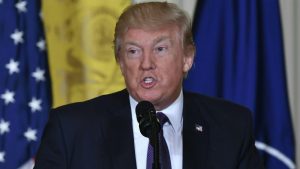 The chief executive officers of RealNetworks, Starbucks, Microsoft and Amazon have joined corporate leaders from 1,850 business organizations in drafting a letter addressed to congressional leaders and U.S. President Donald Trump calling for an extension of a program which protects from deportation children of immigrants who are undocumented.

“Unless we act now to preserve the DACA program … Our economy would lose $460.3 billion from the national GDP and $24.6 billion in Social Security and Medicare tax contributions,” the letter read.

The letter further states that 97% of those who have received protection from DACA are studying or working. 65% of them have also bought a motor vehicle while 16% have bought a home. A further 5% of them are business owners.

Some tech leaders went as far as condemning the actions of the Trump administration in ending DACA. The chief executive officer of Facebook, Mark Zuckerberg, termed it as a sad day for the United States since the victims were young people who had been encouraged to report themselves to the government but were now at risk of being punished for it.

Last week as it became increasingly clear that the DACA program would be ended, the chief legal officer and a president of Microsoft, Brad Smith, revealed that the Seattle, Washington-based software maker counted about 39 people in its workforce as being dreamers – the name given to the beneficiaries of DACA. Smith added that if the United States Congress was unable to come up with a solution in the six months that they have been given by the White House, the largest software company in the world would pursue its own course of action. This will included taking legal action on behalf of its employees who stand to be deported.

The chief executive officer of Apple, Tim Cook, also disclosed that 250 employees of the tech giant were beneficiaries of DACA. Cook also added that the company was providing assistance and this included hiring immigration experts for them. Former U.S. President Barack Obama also criticized Trump’s decision to end DACA saying that the young people shouldn’t be punished for the actions of their parents. Most of the dreamers are Latin Americans.